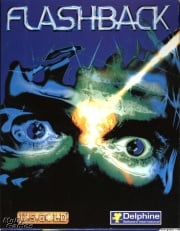 Despite being a member of the community since late 2003, the name ConraDargo may not ring a bell in everyone's ears due to his low average of posts (about 1 per day), yet this member has still managed to leave a mark on the community; his most noticeable work consisting of a huge compatibility list for the SNES emulators PocketSNES and SNES Advance on Game Boy Advance in 2004, where he tested more than 2000 (!) SNES roms, and a personal guide to flashing a Nintendo DS Lite which was posted in late 2006 - only days before GBAtemp's own guide went online.

In the summer of 2008, ConraDargo started doing monthly threads with information on upcoming DS games for each month - inspired by the weekly threads by Hadrian, who at first would not respond to ConraDargo's request of doing monthly reports instead - saying how it would take too much work and just wouldn't be worth all the hassle. What he did do, however, was to encourage ConraDargo to make it happen himself if he was up to the challenge. ConraDargo's last contribution was the August thread (2008) after which Hadrian took over for him because by this time, Hadrian had realized that doing monthly reports was not only extremely appreciated by GBAtemp's members, but ConraDargo had also proved that running such a thing wasn't really too much of a hassle after all. Sadly, Hadrian gave up on these threads only two months after picking them up and went back to only doing weekly reports instead - saying that he did not want to spend anymore time in updating it and not seeing the point in doing it monthly because of how often release dates change. ConraDargo is still running these threads on the Swedish forum Loading.se (which now also include 3DS titles) but have decided to leave GBAtemp members to their fate because of how time consuming it would be to produce monthly reports in two different languages.

The username can also be seen on numerous other forums (namely Swedish ones) and is easily recognized and spotted by the avatar that he always use: the two mysterious eyes which covers the EU-case on the early 90's popular platform game Flashback. ConraDargo's dedication (and crazy obsession) towards this game is also shown through his huge Flashback game collection (one copy of the game for every system that it was released on), his credit card which has the EU-cover printed on it, and even going as far as to creating a fake Flashback DS game - including both a fake cover and game card.