From WikiTemp, the GBAtemp wiki
Revision as of 15:10, 30 March 2007 by Fatal (talk | contribs) (New page: == What is required to run DS Roms == A GBA flashcart (see: Hardware;Flashcarts) and a Passme/Passcard device are required to run DS roms on your Nintendo DS. There is currently no rewrit...)
(diff) ← Older revision | Latest revision (diff) | Newer revision → (diff)

A GBA flashcart (see: Hardware;Flashcarts) and a Passme/Passcard device are required to run DS roms on your Nintendo DS. There is currently no rewritable NDS cart on the market. [EDIT] There are now DS flashcart which run solely from the DS slot that require no passme or special firmware to run. 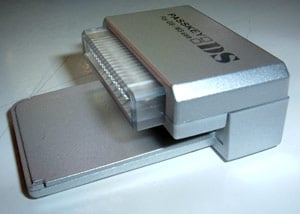 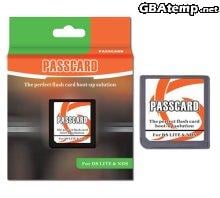 The most popular GBA flashcarts on the market at the moment include (in no particular order): - M3 - G6 - EZ-Flash 4 - Supercard

These flashcarts will also play GBA roms not just DS. The M3, EZ-Flash 4 and Supercard are flashcarts that use removable media (i.e. take CF/SD/SD mini/SD micro cards). The G6 is self contained and uses it's own onboard memory with upto 4Gbit of space (512MB).