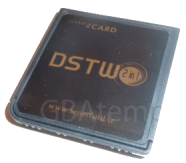 By using either his PC program or the DSTwo plugin homebrew (avaliable here), by selecting one of the packs (shown below)
the program will install all the 'skins' within it into the appropriate folders on the SD card

This Wiki contains a selection of 'ds2skin' files, of which most can be found @ this post