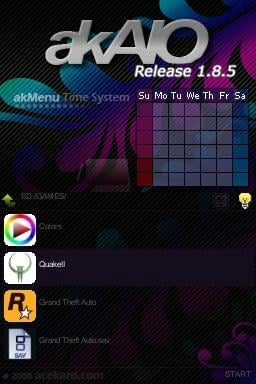 The .NDS properties window shows up when you press the Y button when you select a .NDS file or by selecting "Start > Properties. from the options menu"