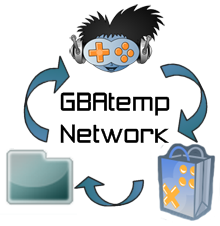 The GBAtemp network is a group of sites that are related to GBAtemp.net one way or another.

On April 6th 2010, a third site was added to the Network: ShopTemp.com. The shop was created as an extra income for the site. From then on, all ads were removed from the site.