Gosp has been an active lurker on GBA temp for a bit over a year now. He enjoys reading posts without responding and downloading without seeding. gosp's Profile at GBAtemp Eagles may soar, but weasels won't get sucked into jet engines.

Gosp was born in a far away land known as The Shire, but due to a series of events that didn't at all unfold like the book told it, the shire was razed. Gosp, at that time a newborn infant, was forced to live on bits of ash and dirt until a friendly tribe of squirrels adopted him and taught him to be a part of nature. He spent the next 14 years of his life learning to hunt with boars, use stealth like a cat with a loaded D20, and jump higher than kangaroos with springs on their feet. Gosp was, for all intents and purposes the most powerful killer never to don clothes. Around the middle of the 13th century, gunpowder, a magical substance that actually hurts when it burns (the squirrels thought they had conditioned him not to feel pain) became a popular weapon in the northern parts of Hungary and Iceland, Gosp's two favorite hunting spots (he does not feel the frigged waters). Due to a freak accident involving a wheel, some gunpowder, and the prototype of the Sinclair Spectrum, he was horribly wounded and unable to further pursue his happy life in the wild.

After that horrible, horrible wound he received in the northern parts of Hungary and Iceland, Gosp began to walk. He walked under the sea, for the squirrels taught him to live without air. He walked through the sky, for the porcupines taught him to act without an equal and opposite reaction. He walked and walked until he landed in New Zealand. He learned Maori as his second language after Lepibus, and with the help on the Maori people and several regenerating patches of grass, found enough red hearts to nurse himself back to full health. Thanking his friends, he moved on to a new area, The United States of America. 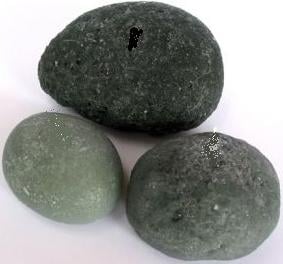 Gosp loves the USA way of life... he could sit on his couch, eat pizza, and play video games all day. He played a lot of video games. Stating with the Nintendo, he wasted a huge chunk of his life on Legend of Zelda and Chrysalis speed runs. He didn't actually spend as much of his life on those as he would have liked, because Nintendo came out with an amazing new system! The Super Nintendo. Super Mario World and Super Metroid caused him to lose his job in a Wisconsin Cheese factory to a very likable rock. Gosp now hates rocks, as the lack of job yielded a lack of money. Unable to buy and play the newest games, he set out on a crusade against these stony abominations. Gosp is personally responsible for the movement of nearly 9 million rocks from his home town to the border of Mexico. On his final mission, he tripped and scratched his knee, rendering himself unable to leave the house any more. He found a new job as a Nigerian prince, which enabled him to buy the newest games once again. While he does enjoy the ability to speak 4 languages, he seems to lack a normal life. Also, he lives in Italy now. It's nice there.

The following facts are undeniably true.

The greatest game ever created is Perfect Dark for the N64. I once started to try to remake it on other platforms before realizing that I would be insulting the original amazingness (I also was unable to extract any textures from the ROM because I'm bad at those things). I've completely finished the game twice, unlocking every cheat, and even held (at one time) a record for the Perfect mode speed run of Pelagic II, the water temple of the game. I didn't like Halo much, probably because I played it for the first time immediately after playing this.

The greatest PC game ever created is a tie between Heroes of Might and Magic 3 and Civilization 4. These two games stand out above the rest.

The greatest game available on the DS is The World Ends with You. It's pretty amazing. I'm sorry I couldn't break the mold here.

The greatest dungeon in World of Warcraft is Shadowfang Keep. I love that one... I'm not sure why.

At one point, I had almost 40 Gigabytes of music on my Ipod. Half of this was legit (my dad collects CDs and Records. Records are like really big CDs that people used a while back). I am very sad, however, because my Ipod was stolen. My lack of a decent harddrive on my computer means that I didn't really... you know... keep anything backed up on my computer. Oh well. Life sucks.

In America, to stay lucky, you knock on wood. In Italy, you touch iron. While the American system is very straightforward, the Italians use Iron as an innuendo for man parts. I find this hillarious immature.

I'm able to code... I know how it works, C, basic, java, etc... I understand data structures and recursive algorithms... I just don't care that much about it. If I had a reason and time to code something for you guys, I'd love to. I can't.

I speak English, Italian, Spanish, and Ebonics. I'm very proud of my cross-culturedness. If you want something translated, hit me up and I'll try to find time.