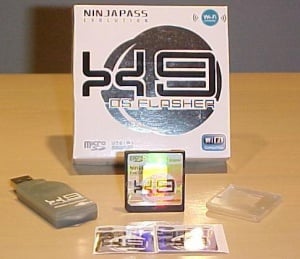 Excerpt: "My overall impression of the NinjaPass X9, as of the time of this writing, is that this product is still within a beta testing process due to its unfinished feel. The GUI is grossly dated. Having to create your own save files everytime is inconvenient. ROM compatibility is good, but still pales in comparison to its slot-2 competitors."