WeaponXxX is a member of GBAtemp and part of the IRC Staff on #gbatemp.

There is probably no other member at GBAtemp that is as crazy as WeaponXxX because when he is not gaming...well he is indulging himself in some sort of adrenaline pumping activity such as lighting himself of fire, getting ink and piercings, doing 200mph on motorcycles, jumping out of planes...and...well...showing off his "goods" for the world to see. 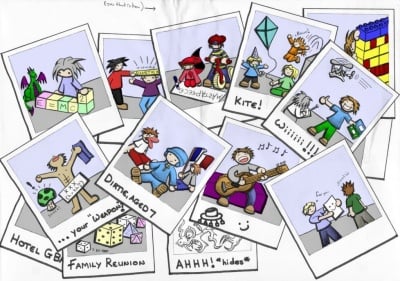 The gamer that is WeaponXxX

WeaponXxX had always enjoyed playing video games starting with the Commodore 64, moving his way to a NES in 1988, then the old Gameboy brick, and of course taking part of the whole Mario Vs Sonic movement. He even broke up with his girlfriend because she made him choose between Chrono Trigger and her...well let's face it...he already had a virtual version of his girlfriend in the game so he gave his real life girlfriend the boot. At the end of the PS1's life cycle WeaponXxX got sick of the trendy "lets make the hero a girl" bandwagon and took a break from video games for a while dropping his status from hardcore gamer...to casual gamer. Walking through a game store the display GBA SP caught his eye, sparkling with vintage memories...Super Mario Brothers 3, Metroid: Zero Mission, and Zelda: A Link To The Past. His hardcore ADDICTION resurfaced and his wall once again filled with every console known to man where he would sit and go days without sleep kicking every games ass from here to tomorrow...and eventually wearing himself out to the point where he would pass out during loading screens.

This section is coming soon

(Will Edit this shit later)