The Acekard 2i anti-counterfeit code was established as a means to verify the originality of the product. The code was a direct response to a market flood of 1:1 clones. Officially, Acekard has stated that the clones are made of "cheaper parts", however, this claim has not been substantiated. Therefor the main use of the anti-counterfeit code would be in direct relation with the 1 yr warranty Acekard offers on all of their products. 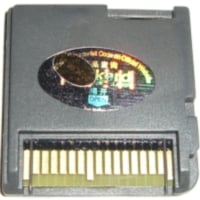 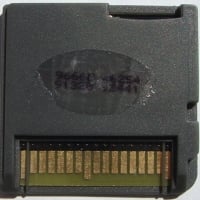 The code itself is printed on a sticker placed under the holographic Acekard logo sticker. Some users have reported that the anti-counterfeit code sticker peals away with the top layer, forcing users to read the code backwards. Thankfully the code is printed on a see-through clear backing making this task possible.

To verify the authenticity of the AK2i the code must be entered into the Acekard Website. The code should be entered from top to bottom, left to right, and without spaces. The top left 5 digits should be entered first, the top right 5 digits entered second, the bottom left 5 digits entered third, and finally the bottom right 5 digits. Once this is complete the user can verify the code by pressing "enter" on their keyboard or by clicking the provided "check" button.

A legitimate code which has been entered correctely will result in the following message:

Current reports state that the 1:1 clone continues to function the same as the legitimate AK2i. There have been reports of full AKAIO functionality and the ability to update the bootloader. It is still rather early in the life of these clones and the end-users do not yet know what problems they may cause. If you do end up getting a clone, consider contacting your reseller and asking for the card you paid for.