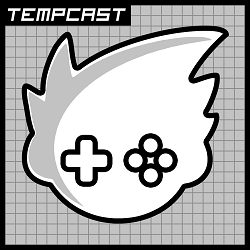 The Tempcast is GBAtemp's official podcast which features discussion related to GBAtemp, homebrew, and gaming in general. The Tempcast accepts voicemails and written questions for the Tempcast Crew via their email address [email protected] from any members who wish to submit something. The Tempcast Crew also tend to respond to chat and answer questions in the comments of their podcast's episode threads and occasionally can be found on their official channel on GBAtemp's IRC server, #Tempcast.

The original theme for the Tempcast was Tshu's entry for the How much do you love GBAtemp? competition. Later, mthrnite went through several revisions for the theme until it ended up being what it was for the last episodes of the old Tempcast. The Tempcast theme also has an extended rock version, and also a Halloween themed one used on the Tempcast Halloween Special.

Currently, episodes tend to have unique chiptunes every week gathered from across the internet with links to the artist in the show notes.

Segment on the original Tempcast by mthrnite where he responds to questions from GBAtemp members. Co-hosted by RoboDave.

April Fools Day episode of the original Tempcast. Entire episode consisted of made up news items and an interview with DSI's Greg Woggerman.

Alter ego of Hadrian. Works at DSI. Has made several cameos in various original Tempcast episodes, the most recent of which (at the time of this writing) being as a zombie on the Tempcast Halloween Special.

The Tempcast crew strive for as much community involvement as they can get. Aside from having an official channel on GBAtemp's IRC Server and commenting on podcast episode threads, the Tempcast also has a Facebook, Twitter, and Google+ page. Through these pages, the crew gives various updates about the status of upcoming episode, when episodes are posted to the Tempcast's RSS feed, and various other events related to the Tempcast.

The original Tempcast has been criticized in various ways over the years. Major complaints have been primarily focused on obscene descriptions and excessive foul language. The Tempcast crew has been working diligently to improve the Tempcast's reputation and popularity by avoiding these things in the future.