From WikiTemp, the GBAtemp wiki
Revision as of 03:58, 25 September 2007 by Evilmind (talk | contribs) (New page: Wii region patch Interface ==Information== This tool allows you to patch the region code of your Wii and GameCube backup games. That way you will be a...)
(diff) ← Older revision | Latest revision (diff) | Newer revision → (diff) 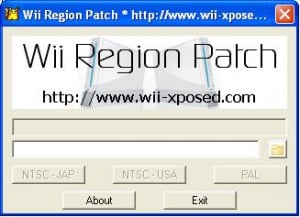 A: Noone is forced to use this application ;) However, many modchips do not support region free for the GameCube games, so at least here it may be helpfull. Also, this program was designed to be very user friendly, and we hope that some people find it usefull.