The Acekard (aka AceKard, Ace Kard, Acecard, Ace Card) is a Nintendo DS SLOT-1 flash kit which fits flush in the DS slot and supports microSD (or "transflash") memory cards up to 2GB (2 gigabytes/16 gigabits) in size. It uses a proprietary file system called AKFS, requiring MicroSD cards to be formatted for the Acekard alone. It is the eponymous flash card of the Acekard Team, and later received a hardware upgrade in the Acekard+. This version shared its GUI with the original Acekard, but used the standard FAT file system. Acekard offered the Acekard+ as a free upgrade for purchasers of the original device.

Excerpt: "The biggest problem with the AceKard is its proprietary file system, the AKFS. Because of this, you have to use a PC running Windows to use their client software that is currently very buggy and lacking in functionality. You can't create folders, or organise games. And there are limitations when deleting games, in that you can only write a game of equal size to that which you deleted back into that space."

On the Acekard+ only, the AKAIO custom firmware can optionally be used for its additional features and easier setup and use. 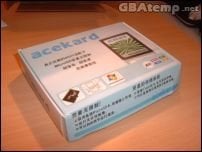 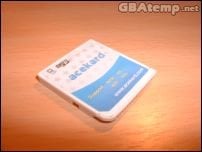 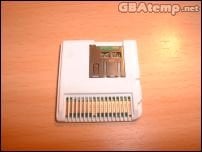 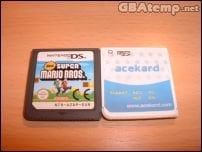 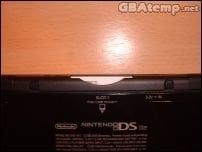 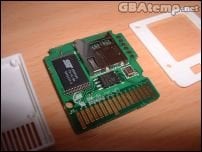